A Guide to The History of Locks

A Guide to The History of Locks

From the start of modern civilisation, us humans always felt a need for personal security, both for ourselves and our possessions. To do that we’ve been coming up with ever-more complex and effective ways to do so. Historically this was done by tying ropes into knots to keep things hidden and safe.

However, as time went on and new technologies were developed, true locks made from wood and metal started being developed and used around the world. The earliest known lock and key device was found in the ruins of Nineveh, the capital of ancient Assyria. 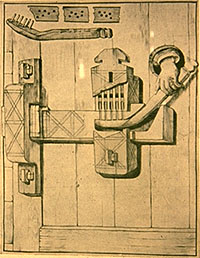 History of mechanical locks began over six thousand years ago in Ancient Egypt, where locksmiths first managed to develop a simple yet effective pin tumbler lock that was made from wood. This lock consisted of the wooden post that was attached to the door, and a horizontal bolt that slid into the post.

However, it wasn’t until the Roman Empire that locks became more popular. Taking inspiration from Greek designs for locks, the Romans introduced metal to locks making them a lot stronger. The Romans also shrunk locks and keys, making the key easier for safe keeping. Many wealthy Romans would wear their keys as jewellery as a sign of their wealth. At this time, wards were also developed, meaning that only the correct key with the correct shape of projections can push matching pins before the lock could rotate and throw the bolt. After the fall of the Roman empire, the development of locks halted, due to the lack of technology and funds. 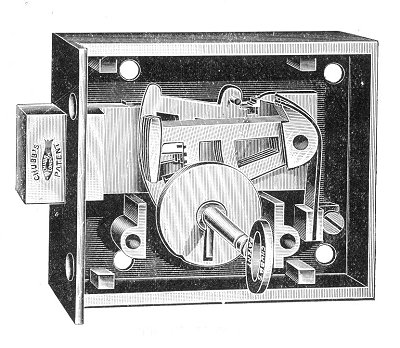 It was the 18th Century when technological advancements allowed engineers to create small and sturdy lock mechanisms. These new developments of locks were led by the inventions of Robert Barronin in 1778, as he managed to design and create the first double acting tumbler lever lock. In 1784, this lock was improved by Joseph Bramah who designed a lock that stayed unpickable for 67 years.

In 1818, it was Jerimiah Chubb who designed the Chubb detector lock. This lock was a type of lever lock that contained a ‘re-locker’ which would jam the lock if unlawful efforts to gain access were made. The only way to reset the lock was by inserting the original key. 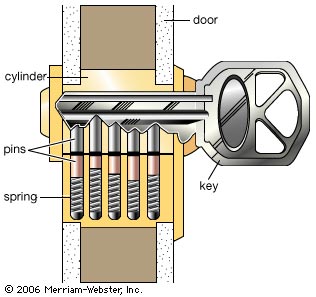 The final noteworthy advancement in locking technology was in 1848. Linus Yale developed the first pin tumbler lock, which used pins of different lengths to prevent the lock from opening without the correct key. His son then built on this by inventing and patenting a smaller flat key with jagged edges using pins of varying lengths within the lock itself. It is this design that remains the basic principle for pin tumbler locks today.

The majority of locks around the world today are based on the inventions of these engineers, with only a small amount using more advanced techniques such as magnetic keys and anti-pick technology included in the levers of locks.

Here at Nearby Locksmiths, we are committed to keeping the history of locks alive. We continue to educate ourselves on the most up to date techniques in order to provide our clients with the best quality services. For more information contact the locksmith Bondi Junction locals trust, on 0458 152 057.